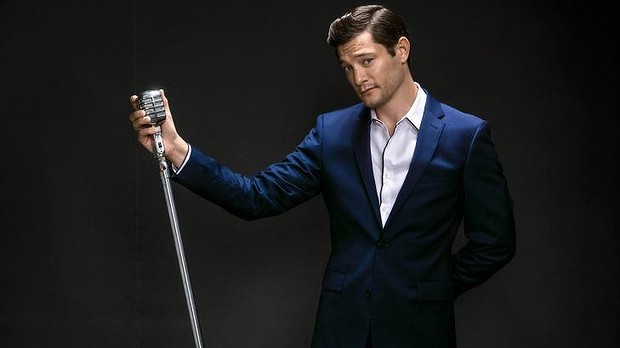 In a small theatre near Kings Cross in Sydney, nearly 200 people fill the seats looking onto a stage washed in blue light and filled with instruments and microphones, all waiting to see what one theatrical front man and his band have in store.

That front man is named Rob Mills, and he certainly had a funny and entertaining night in store for us all!

Rob Mills is Surprisingly Good was a one man show, backed by a band and some clever use of video, telling the life story of one of Australia’s youngest and most loved musical performers. The show, only lasting a mere 70 minutes, certainly had some fantastic high moments alongside a few run-of-the-mill, yet pleasantly entertaining, musical numbers all detailing the important stages of Rob’s life. Rob Mills took the audience on a funny and heartfelt journey from childhood, to performing at a young age, to Australian Idol, to Paris Hilton, to trade work, then finally to his soaring career in musicals and theatre.

Firstly, the show itself rested on the performance of Rob Mills, and there is no denying the talent, energy and engagement he has on stage, whether it be entertaining 50 or 50,000 people. With the band on stage, Rob belted out a toe-tapping, head-bopping opening number at the top of the stairs in the audience, singing to several audience members as he casually and confidently descended down towards the stage to join his fellow band. Rob is an outstanding singer, a pitch perfect performer with a natural ability to engage and entertain any audience, and this opening number was the perfect moment to demonstrate this.

There were three memorable highlights from the show that best demonstrated Rob’s talent, timing, humour and audience engagement. The show opener was definitely one, but the next showed clever use of video where the audience was asked to participate in waving their hands to Rob’s first recorded stage performance in his junior school years. In a heartfelt moment where Rob shared his first love of performing, it also turned into an incredibly hilarious moment where he replayed key moments in the video highlighting lyrics that may not have suited his appearance or race. This was a perfect demonstration of Rob Mills’ skills in creating a heartfelt, yet incredibly funny, moment that also included the audience.

The third highlight and by far the funniest act in the show was the story about his brief rendezvous with millionaire celebrity daughter and famous party girl Paris Hilton. The unexpected lead up and segue into the Paris Hilton story, supported by a performance of the Taylor Swift song I Knew You Were Trouble left me and the audience crying with laughter by the end. It was clear that this chapter in Rob Mills’ life was the highlight of the show, and further became evident when the rest of the show didn’t quite match the hilarious and entertaining highs of the Paris Hilton act.

The costumes and outfits Rob wore during the show, along with costume changes resulting in a rather “cheeky,” yet fitting, final outfit was cleverly done and fitting of each act throughout the show. It was great to see a few members of Rob’s band getting in on the act as well, with Rob’s keyboard player and pianist showing the most energy and appearing to have the most fun, even cracking up Rob Mills himself throughout the show. It would’ve been great to see some other members of the band demonstrating such energy and enthusiasm, but the show was still energetic and entertaining regardless.

Oftentimes I felt that the show seemed larger in its heart than what was portrayed on the small stage of Hayes Theatre with Rob Mills’ enormous levels of talent and energy feeling somewhat pulled back to suit the small performance space. With Rob Mills writing the show himself in collaboration with friends and family, I feel that the show could have been much grander in scale with a larger venue, additional stage hands and a larger budget and effects. 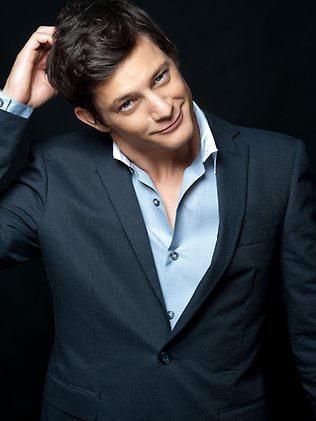 Rob Mills is Surprisingly Good was a great show. It was highly entertaining and incredibly funny with some audience engagement that further proves just how talented, energetic and likeable Rob Mills is. The show wasn’t as grand as it could’ve been and some of the acts couldn’t reach the same memorable heights as the opening act, Rob’s first recorded stage performance and the Paris Hilton story, but overall it left the audience feeling entertained, happy and impressed with the talent on display.