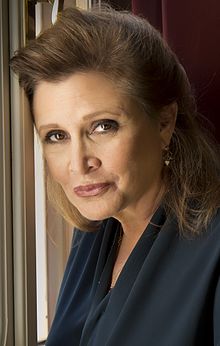 Actress Carrie Fisher, who is best known for playing Princess Leia in Star Wars, is in stable condition after suffering a cardiac arrest on Friday.

The 60-year-old is currently in the intensive care unit of a hospital in LA.

She had heart problems during a flight from London to Los Angeles. The cardiac arrest happened only about 15 minutes before the plane landed and passengers reportedly attempted to revive her with CPR.

Fisher had been on tour promoting her latest book, The Princess Diarist.

Send your love to Carrie Fisher by commenting below.