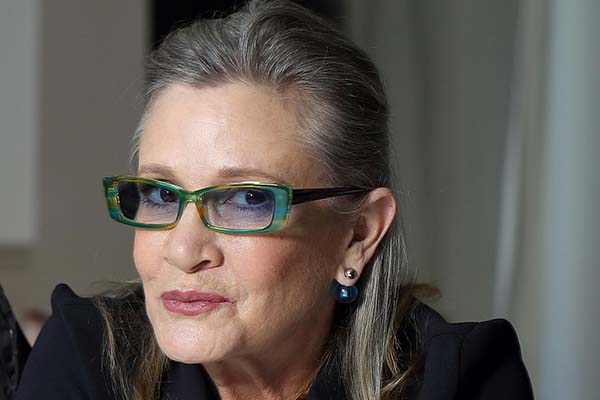 Carrie Fisher has unfortunately died after suffering a heart attack at the age of 60.

The actress, best known for playing Princess Leia in Star Wars, was flying from London to Los Angeles on December 23 when she went into cardiac arrest. She was then rushed to a nearby hospital, where she was treated for a heart attack. She later died in the hospital.

“It is with a very deep sadness that Billie Lourd confirms that her beloved mother Carrie Fisher passed away at 8:55 this morning,” family spokesman Simon Halls said in a statement.

“She was loved by the world and she will be missed profoundly. Our entire family thanks you for your thoughts and prayers.”

She is survived by her mom Debbie Reynolds, daughter Billie Lourd and French bulldog, Gary.

Send your condolences to Carrie Fisher’s family and friends by commenting below.