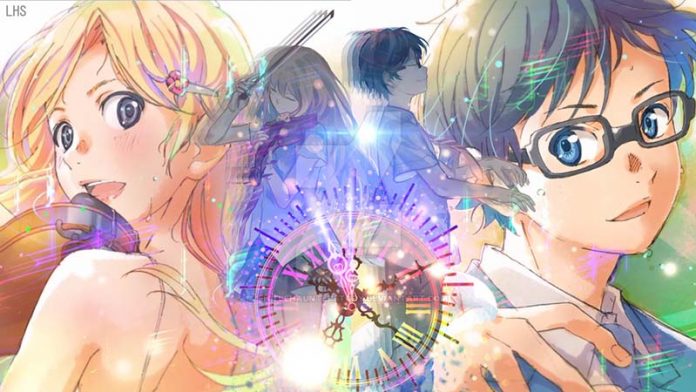 Everything Is Starting To Take On Colour

Your Lie In April is a story about a young pianist named Kousei Arima. Kousei is a high schooler and at a young age was brought into the world of piano. However, there is a problem after his mother dies. He loses his ability to hear the notes part way through the song. He therefore quits piano. Next is the moment that changed his life. He met a girl named Kaori Miyazono. The reason this is such a big part of the story is because Kaori is a violinist. The first time they meet is when Kousei wants to help his friend Watari Ryota ‘get with a girl,’ and this girl is Kaori. On the day they meet, Kaori has a recital at a place called Towa Hall, which holds many bad memories for Kousei (these are further discovered later in the anime).

The story is really original and although quite a few classical-oriented anime have been created, this one definitely stands out because of the relationship between the four characters. Something that isn’t necessarily a bad thing but is a little repetitive in modern day anime is the fact that a lot of them have very cliché character traits, which become very tedious and make a lot of the main characters the same. 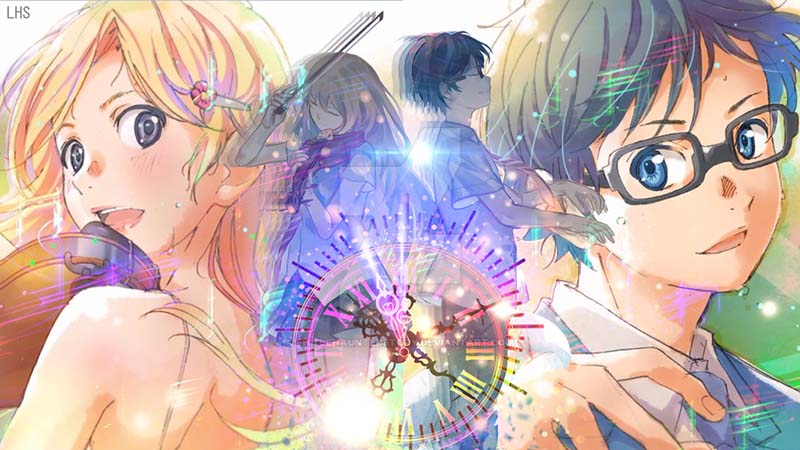 The audio in this anime is done really well. There aren’t many stutters that are obvious, and it all flows really well. Another good point with the audio is the background to speaking ratio. This is just when the people are speaking and how loud the background noises are in relation to them talking. In this anime, there aren’t many times where you’re like “huh?” Additional positives in the audio is the classical music. Being in the classical genre, it has to have a good array of tracks. The music is all really well synced to the animation of the piano and the violin. By the end, it was worth buying the soundtrack because of how easy it is to fall in love with. 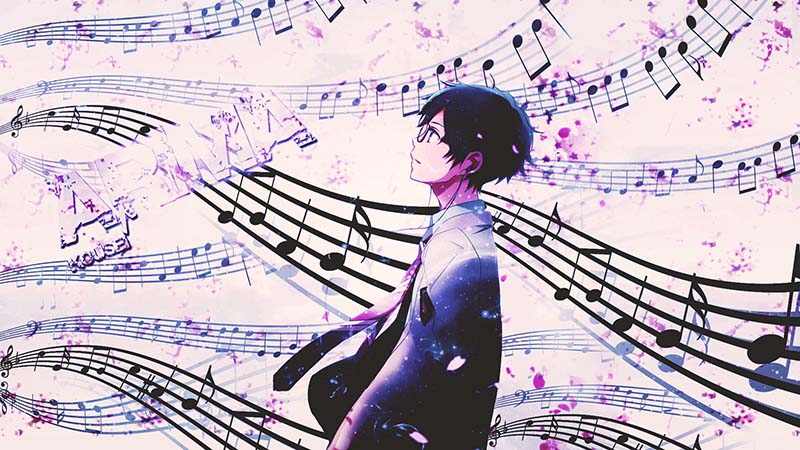 I have seen many introductions in the past and this one is probably one of the best, in many ways. They have done a very good job with the music and syncing it to the images that appear in the background. The music is well-suited to the anime’s background and so are the lyrics to the music. Another key feature to the intros is the spoilers. These are basically a way of hinting the events coming up without fully spoiling it. Now this isn’t something I like personally but I can see where the appeal lies. In this intro, it didn’t spoil anything major and the things it did spoil were relevant to the first episode.

When it comes to the animation, this anime has a very unique style. It has a lot of vivid colours, which are always a very big plus when it comes to anime. Another plus is when everything syncs up well. The art style itself is very original and hasn’t been done well before so coming from all the same art styles out there, this one is a breath of fresh air. It really brings out the theme of the anime as well, which is really rare for an anime to do because of the current trend for art styles. 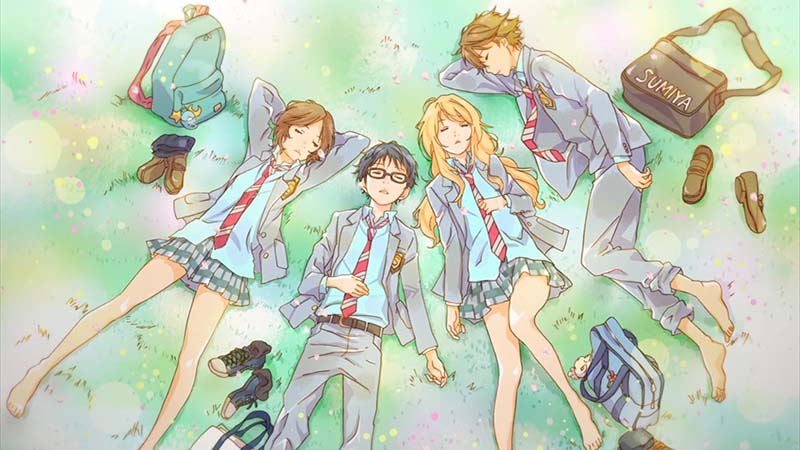 Overall, Your Lie In April is one of the most unique and well done animes I’ve seen. It is full of great music and beautifully drawn scenes. The story is really compelling and drags you in without hesitation. The characters have compelling backstories and seeing them develop with each other is very entertaining.

What are your thoughts on this anime? Let us know by commenting below. 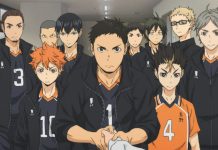 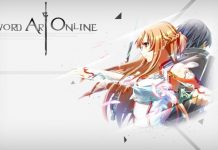 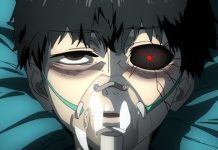