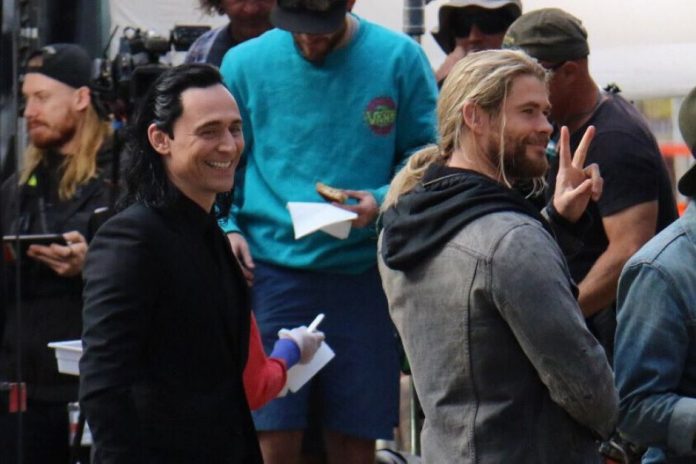 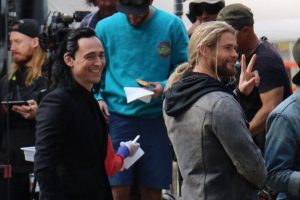 Tom Hiddleston and Chris Hemsworth are currently in Brisbane filming their latest blockbuster Thor: Ragnarok and the entire city has become obsessed.

For the shooting of the upcoming Marvel flick, the city of Brisbane was transformed into the city of New York, complete with yellow taxi cabs. The CBD was also shut down for filming.

Fans went crazy and Hiddleston and Hemsworth walked up and down the disguised streets of Brisbane’s CBD.

Hiddleston and Hemsworth spent the day handing out gifts and autographs to fans and apologised for shutting down the city.

Thor’s executive producer Brad Winderbaum said they were looking forward to shooting in other locations around Queensland.

Thor: Ragnarok is set to be released in November 2017.