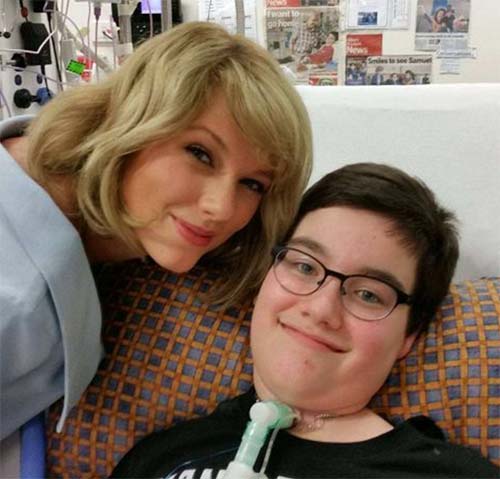 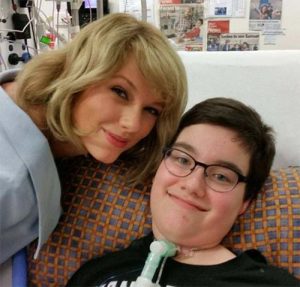 Taylor Swift brightened up the lives of some sick children when she visited a Queensland hospital during her recent trip down under.

The pop star stopped by Brisbane’s Lady Cilento Children’s Hospital and brought a smile to many of the young patients faces on Tuesday afternoon.

“Thank you Taylor Swift for dropping by the Lady Cilento Children’s Hospital to give our patients and families a special surprise they’ll never forget,” the hospital wrote on Facebook.

“They’ll never ‘shake off’ the memories you made.”

Swift was able to drag herself away from her new boyfriend, Tom Hiddleston, and visited Gold Coast toddler Slater Walker who had been recovering for the past three months at the hospital following surgery to remove a brain tumour.

“It was really random. Just all of a sudden one of the nurses came around and said Taylor was there and she’d be popping by to see us,” Slater’s mum Bianca told the ABC.

The ten minutes with the star would be unforgettable as they laughed and high-fived with each other, she said.

“I told her a bit about his condition …she was so friendly and open and down to earth,” she said.