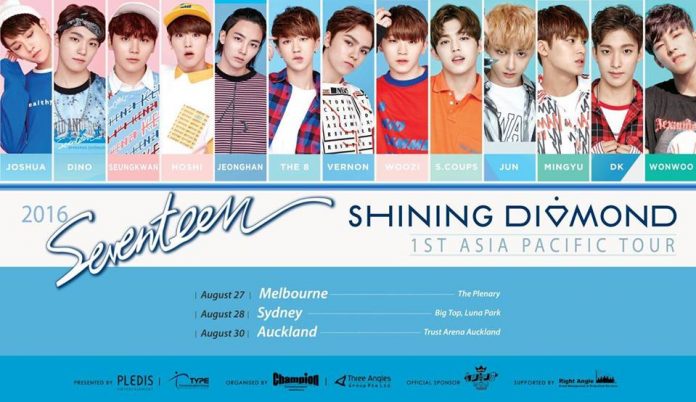 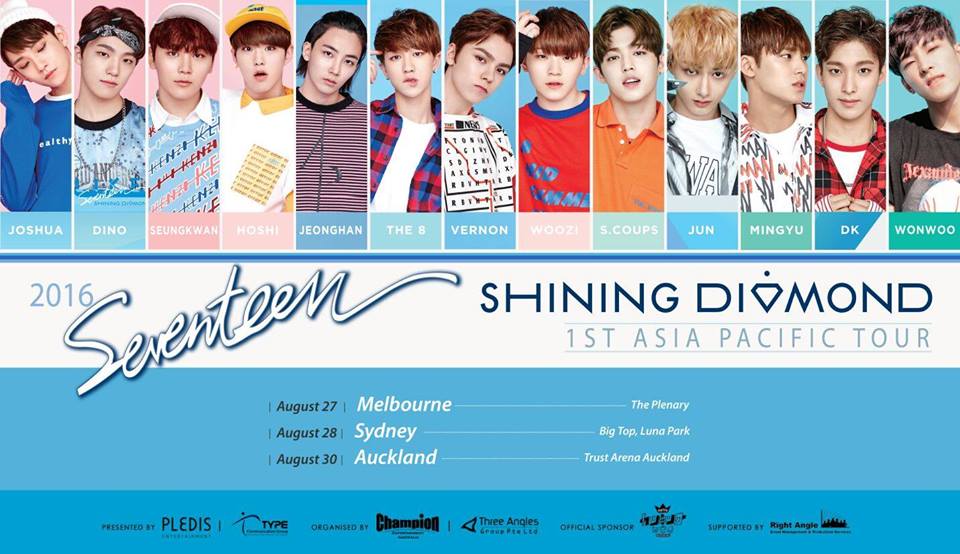 Korean Pop, or more commonly known as K-Pop, is steadily rising as people’s favourite music genre and this year, Australia is getting a visit from one of K-Pop’s rising stars.

Seventeen is a 13-member boy band formed by Pledis Entertainment in 2015. The members are all involved in the production and composition of their tracks, as well as their dance choreography.

Despite coming from a small agency, their first album 17 Carat ranked 9th on the Billboard World Albums a week after it’s release. It eventually peaked 8th and remained on the chart for a total of 11 weeks. Not only did it become the longest-charting K-pop album of the year in the US but it was also the only rookie album to appear on Billboard’s “10 Best K-pop Albums of 2015.”

Seventeen were also featured as the only K-pop group on Billboard’s “21 Under 21 2015: Music’s Hottest Young Stars.”

To top off their successes, they will be taking their Shining Diamonds Asia Tour this year to venues in Japan, Singapore, China and of course, Australia!

This is a very pleasant surprise because Australia usually aren’t on the map when bands have tours. Tickets are already out for Sydney, Melbourne and New Zealand, but don’t fret because you can still get a chance to meet these boys! Check out the information below: