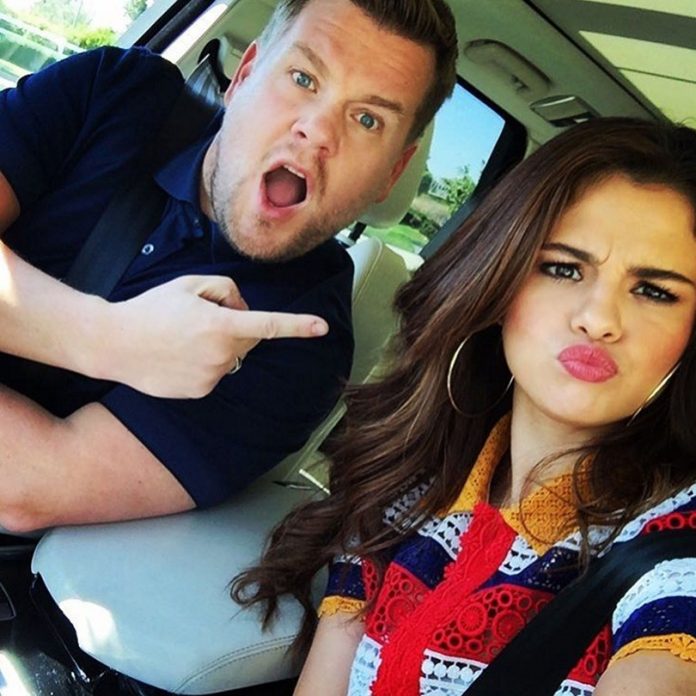 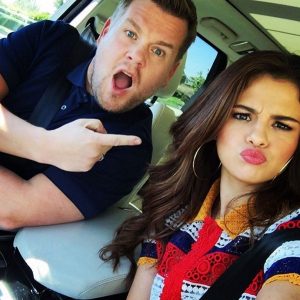 James Corden had to raise the bar on this week’s carpool karaoke after he play wrestled with the Red Hot Chilli Peppers last week.

Selena Gomez took the passenger seat of the Range Rover with Corden this week as they jammed to her tunes while they drove across LA.

But the drive to the studio quickly took a detour as Gomez convinced Corden to be his own boss and take control of his work day.

The two took carpool karaoke to a theme park as they jammed to Gomez’s hit song Come and Get It on a roller coaster.

Although it seemed the host of the Late Late Show was more terrified, as he held on for dear life, instead of getting into the rhythm of the tune.

The pop star was wide awake and hoped the adrenaline rush had pushed Corden into a lively mood.

He quickly pulled out a bottle of concentrated ginger juice Gomez drinks each morning and they both emptied a bottle each.

Gomez downed it like a pro, but Corden was left red faced as he couldn’t keep a straight face after consuming the ginger drink.

To wash away the taste, the 23-year-old singer said they should get some food.

Corden was quick to mention McDonald’s as their new drink cups have her song lyrics printed on the side.

However, the trip through the drive-thru wasn’t in his favour as the girls serving looked straight past him and became giddy at the sight of Gomez.

He quickly started feeling depressed as he poked fun at his time slot of 12:37am and sarcastically asked what are people really doing at that time?

Fortunately, Gomez was there to comfort him as the conversation quickly turned to her love life.

Corden found out the lone wolf is on the prowl, as he tried to trap her into admitting she is looking for a guy in every major city.