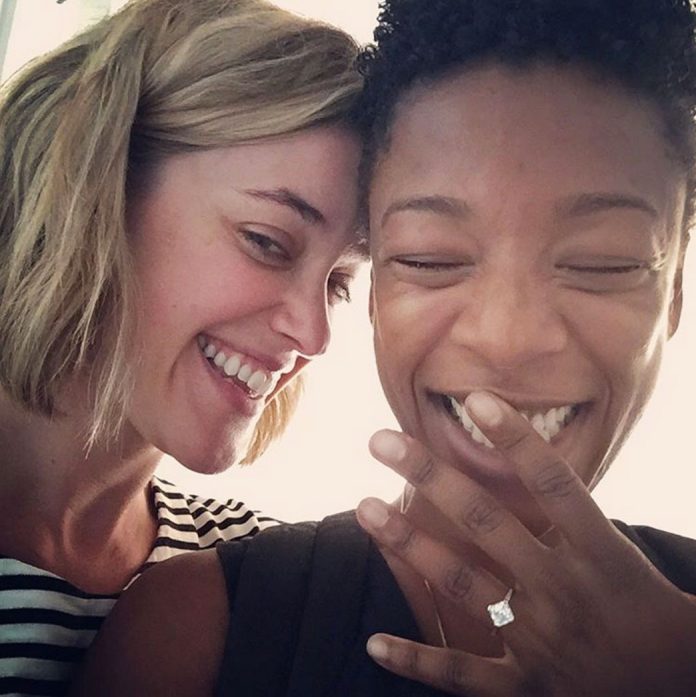 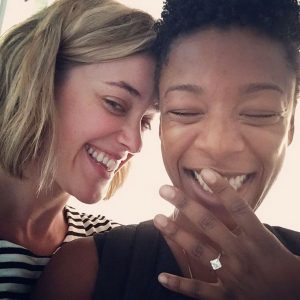 Samira Wiley, star of Orange Is The New Black, is engaged to writer Lauren Morelli.

The actress, who plays Poussey on the Netflix hit, and Morelli posted photos of the engagement ring on Instagram with the caption, “Yes.”

Their relationship made headlines in August 2014, three months after Morelli had publicly come out, writing an essay about how working for OISTNB clarified her own sexuality.

“I was so deep in my own self-doubt that I constantly felt like a fraud. I was sure it was bleeding into my writing,” she wrote. “How could it not? I was married to a man, but I wasn’t straight.”

Morelii and her ex, The Goldbergs producer Stephen Basilone, divorced in 2014 but remain friends.