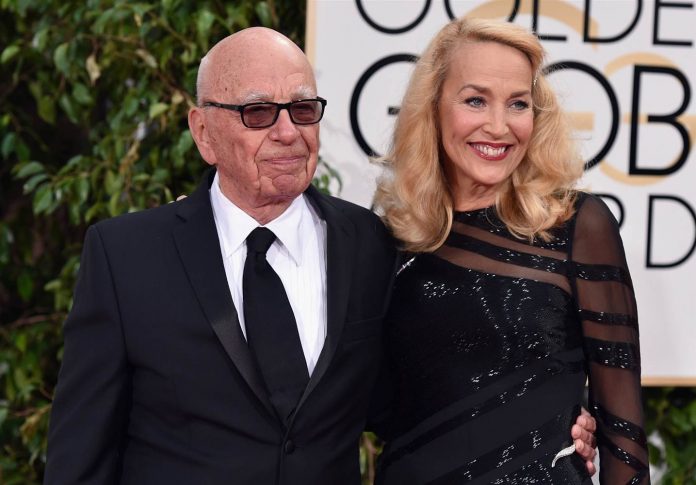 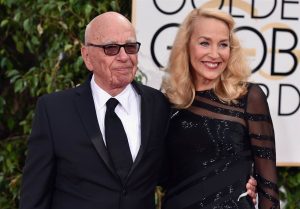 Among the star-studded guests were Michael Caine, Bob Geldof, Andrew Lloyd Webber and Michael Gove, a senior figure amongst those who want the UK to leave the European Union.

The couple married at a private ceremony after which the four-time married Murdoch said he was the happiest man in the world.

Murdoch, 84, and Hall, 59, posed together for photographs after the service at the church which is famous for its wedding cake spire.

The couple’s 10 children from previous relationships were in attendance as well as Rebekah Brooks, who returned to run Murdoch’s newspaper in September and Robert Thomson, CEO of News Corp.

Murdoch and Hall began dating last summer after being introduced in Australia and were engaged in January.