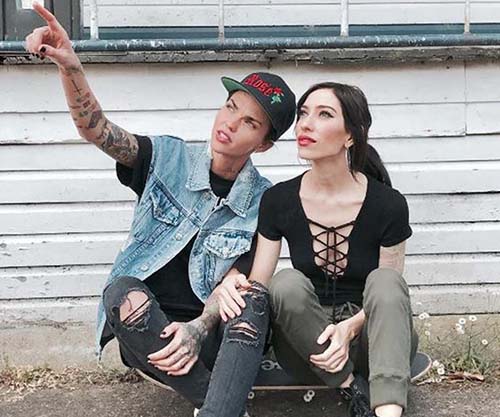 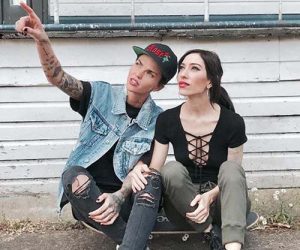 Orange Is the New Black actress, Ruby Rose and The Veronica’s Jess Origliasso are back together!

Rose revealed that she reconnected with her former girlfriend while she was shooting a video for The Veronicas’ new single On Your Side.

“She’s incredible, she’s such an incredible woman,” Jess said on the Kyle and Jackie O KIIS FM show.
“I feel so proud to be with someone like her, who is so ambitious and compassionate.”

Jess also admitted recently that she keeps in touch with all of her exes. She spoke about how they got along while playing warring lovers in her band’s latest track.

“She’s stayed so close with us, with mum and (my twin sister) Lise. We were in London together recently, and we played her some of our tracks. She’s always been a fan of our music. She actually starred and directed in our new video,” she revealed.

“It’s a love story between her character and mine. It’s the highs and lows of a relationship and the dynamics that happen when you fall in love with somebody and dealing with addiction and other things. It’s pretty raw.”

Lisa also added that she couldn’t be happier for her twin sister.

“I am definitely in tune with Jess, if she is happy I am happy,” Lisa said, before Jess added, “I am very lucky.”

Ruby and Jess had dated for a while back in 2008. 31-year-old Jess says they want to try and find a balance between sharing their union and also protecting their romance.

She told Nova FM’s Smallzy, “When we first got together way, way back, it was hard to know how much to share.

“Now we are quite protective of what we have, so obviously being able to be open enough but keeping a lot of it for ourself is something that we’re very conscious of and I think it just depends on the people what you’re willing to share.”

Although it’s been eight years since Ruby and Jess dated, the 30-year-old actress still remembers everything about their romance.

“She reminds me exactly how much last time definitely happened. She doesn’t let me forget anything.

“I don’t know, it’s just a crazy thing when you care about someone for so long and then you have the chance to be able to reconnect.

“And we’ve grown up a lot, we met very early on and we were very different people.”

Jess’ sister is not surprised by her sibling’s renewed romance.

“From the beginning I’ve always seen the chemistry and the connection there,” Lisa said.

“[Ruby] has been a very dear friend. So obviously I’m like yeah babe, obviously you two are in this.”

A reconciliation was in the making for a long time.

How do you feel about the rekindled romance? Let us know in the comments below.