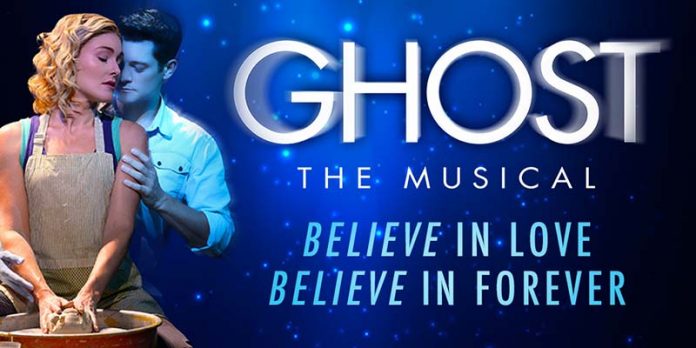 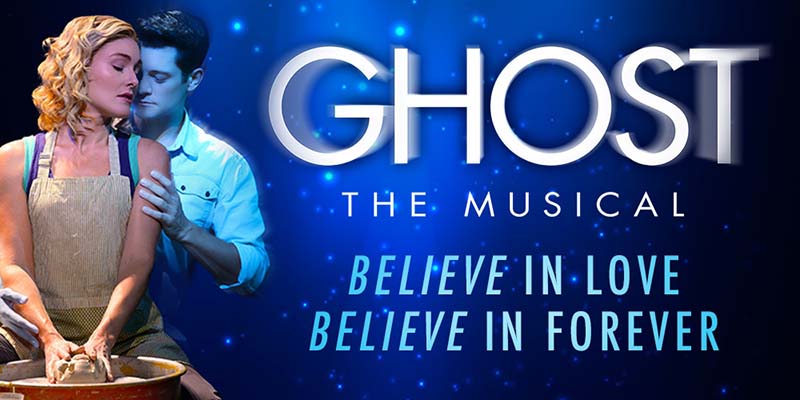 I’m a huge musical lover so I’ve seen a lot of musicals and it is hard for one to stick out from the others, but I can honestly say that Ghost The Musical is one of the best musicals I’ve seen so far….and it’s not just because Rob Mills is the lead!

When I saw this musical on April 13 2016, I was amazed by its production, scene after scene.

First of all, Rob Mills & Jemma Rix have come back together after their popular Wicked roles with a truly believable love story. I may or may not have shed a few tears throughout the production. They are both spectacular actors. So incredible in fact that I felt the true pain of the death of Rob Mills’ character, Sam. If you have ever lost someone yourself, you know exactly what sort of pain I am talking about. 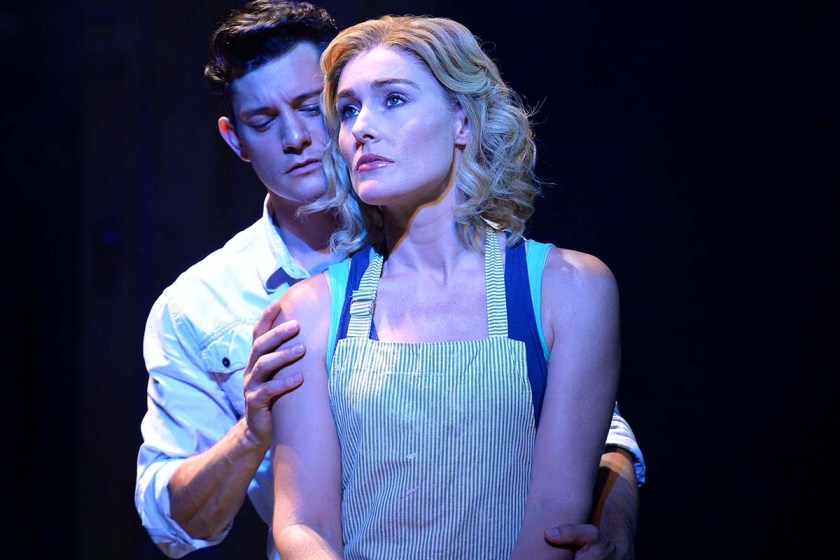 There were a few sexy love scenes, which the adults will appreciate but if you are bringing kids along to this musical, don’t worry. They are only quick, so just cover their eyes. 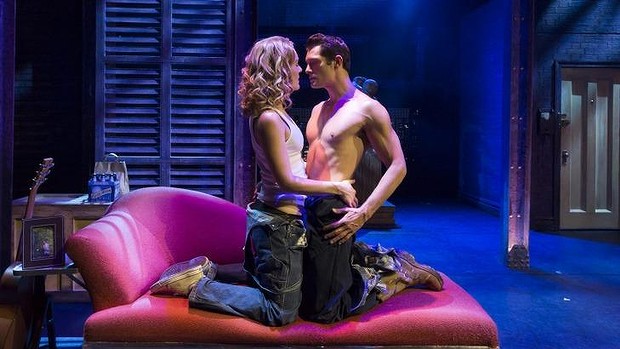 I really take my hat off to Rob Mills because he was on stage for nearly the whole show (because he’s the ghost!) I have always thought he was a great actor but in this musical, he is outstanding! Even when it wasn’t his turn to talk or sing, his facial expressions were priceless. They always went with the scene. He was always in the moment. 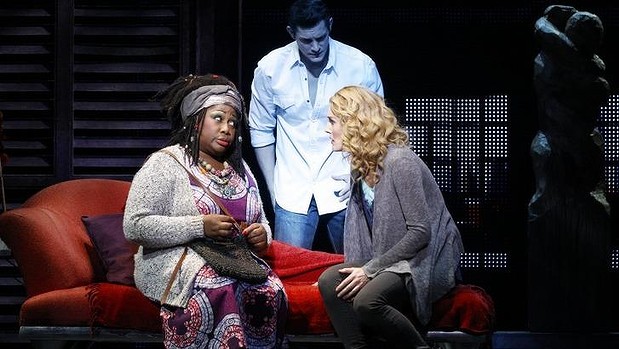 The musical also had incredible production value. Everyone behind the scenes did a great job, and I truly believe they don’t get enough credit. The movie Ghost would have been easier to pull off because you can do multiple camera angles and make it look realistic in post production, but it is incredibly difficult to pull off correctly live on stage. For example, when Sam dies, his ghost comes out of his body and watches the love of his life, Molly cry. How would they do that on stage effectively? Well you will just have to go see the show to find out. All I’m going to say is that it was SO well done that I want to go to the musical again just to be amazed once more. 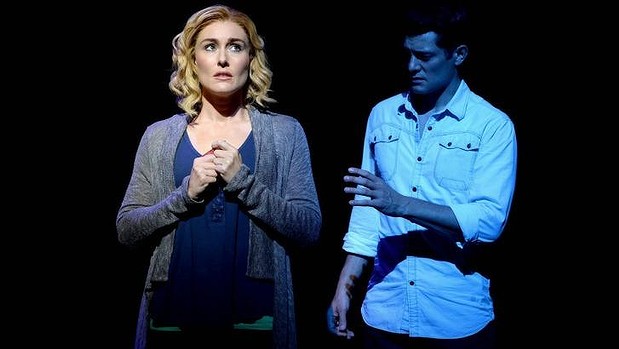 Another difficult thing for them to pull off was the consistency of Rob looking like a ghost. I’m sure you’re thinking, “it’s just make up” but believe it or not, it was a blue light. How incredible, right?

Each and every part of the story was mind blowing. It seriously felt like Rob Mills was actually a ghost. One of my favourite moments in particular was when Sam is learning how to grab items and move them as a ghost. At the beginning, he can’t grab them and his hand just moves right through the objects. The same goes with people walking through him. I am not joking. It looked like he was a ghost. It looked people were walking through him. It looked like he couldn’t grab objects, and it looked like he could walk straight through a closed door. I give huge praise to all of the staff behind the scenes of this musical. 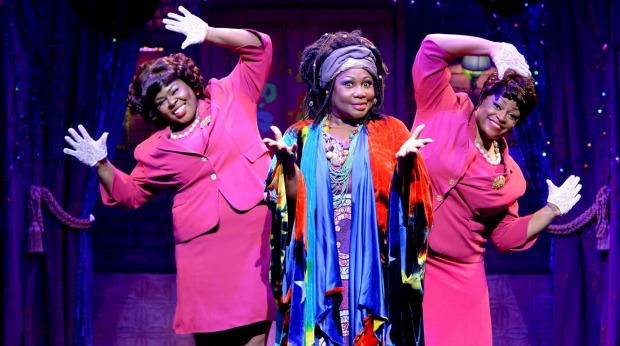 There was even some comedic parts in this musical, particularly from psychic Oda Mae Brown (played by Wendy Mae Brown). Her jokes, songs and overall attitude were absolutely hilarious. I couldn’t stop laughing during her scenes. She would also look around the room when Sam is talking to her, just like a ghost is really talking to her. Outstanding!

Unfortunately, there were some negatives to this musical but they were very minor. For one, parts of the musical were different to the movie. Sadly, the very famous pottery scene was very rushed, and it was done near the end when Sam is already a ghost. In the movie, it is done when he is alive so that was a little disappointing, especially since that is the part everyone waits to see. I also think the end chase scene with Carl could have longer. It seemed a little rushed. 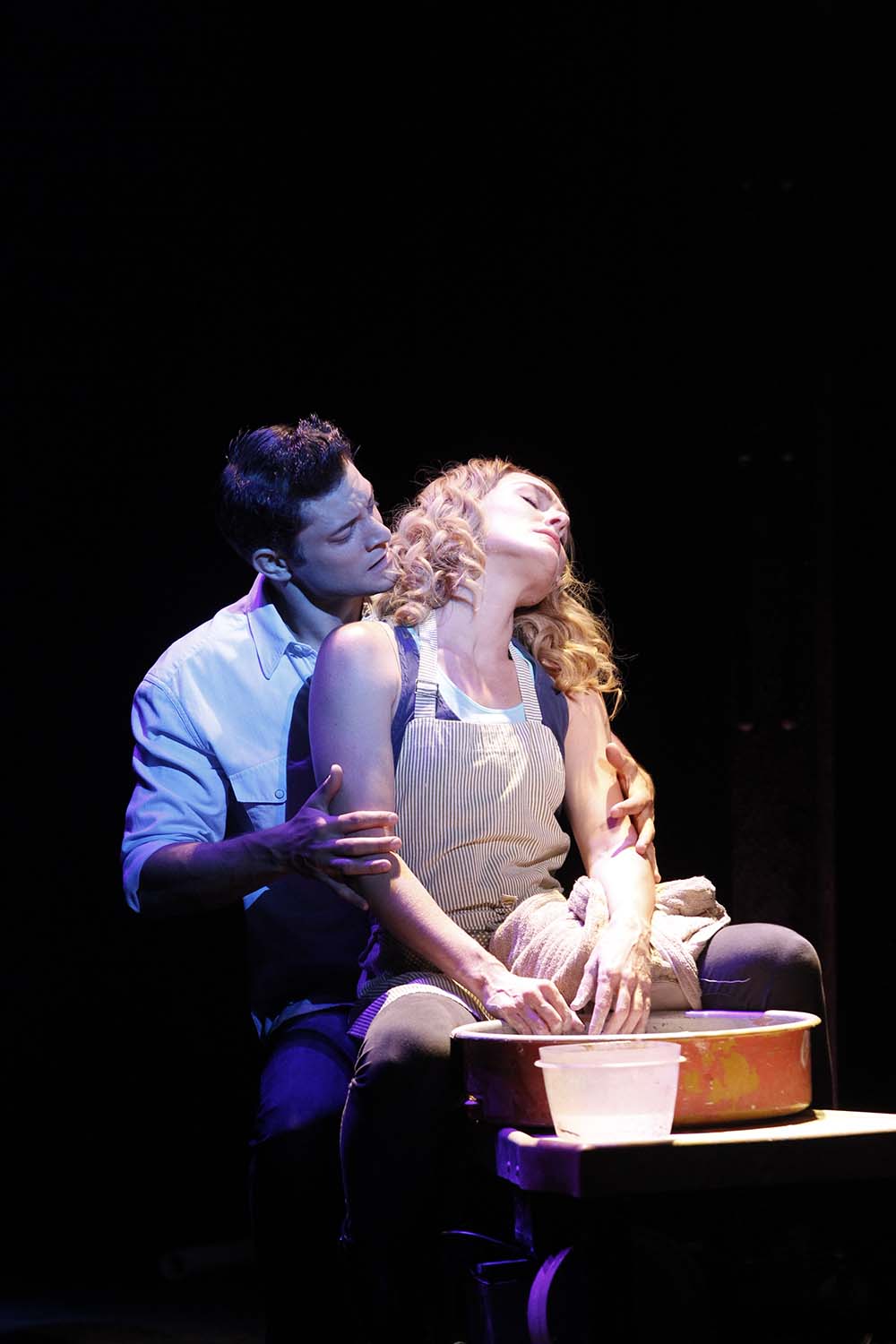 There were some songs where a couple of the characters would be talking while the other one sings, but unfortunately sometimes the talking was too loud in the background and you couldn’t entirely hear what they were singing. In other songs, more than one person would be singing but unfortunately singing different lyrics, which easily got confusing because you’re like “who do I listen to?”

In conclusion though, Ghost The Musical is outstanding and it has something for every member of the family. Everything from a love story to some funny jokes.

I highly recommend seeing the movie first though because it is a classic, and so you can also compare both the musical and movie. You will not be disappointed!