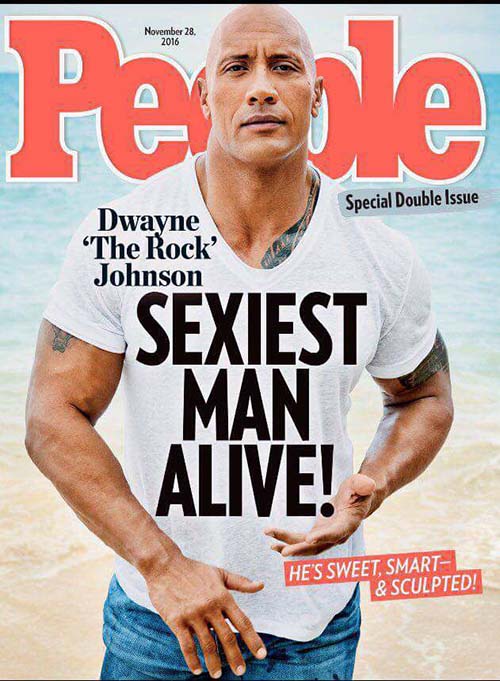 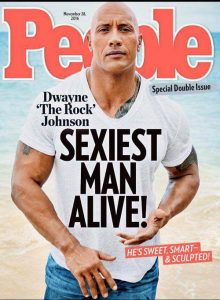 The magazine called the 44-year-old actor “sweet, smart and sculpted.

“I thought, ‘Wow, we’ve pretty much reached the pinnacle. I’m not quite too sure where we go from here. I’ve done it all, this is it,” Johnson said on his new title.

“Ah, a sense of humor,” he said when asked what he thinks makes him so sexy.

“And I think probably just not trying to be sexy and just being cool and confident in your movies. I think with a lot of my fans, I’ve gotten to a very, very cool place where there’s a direct line between the man they know off-screen and the man they see onscreen.”

In August, Johnson was also named Hollywood’s highest-paid actor by Forbes, bringing in $64.5 million between June 2015-2016.