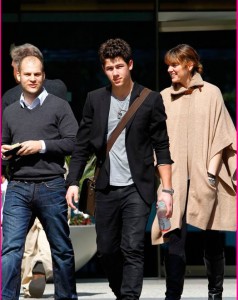 Nick Jonas is set to play the “Hairspray” character Link Larkin in a new production of the play. This is the same character Zac Efron portrayed in the film version of the play. Nick spoke in a recent interview about the part, opening up about how excited he is to be a part of the production and mentioning the dancing he will have to do in the performances as part of the upcoming Hollywood Bowl.

“High School Musical” star Corbin Bleu will also be a part of the upcoming show.