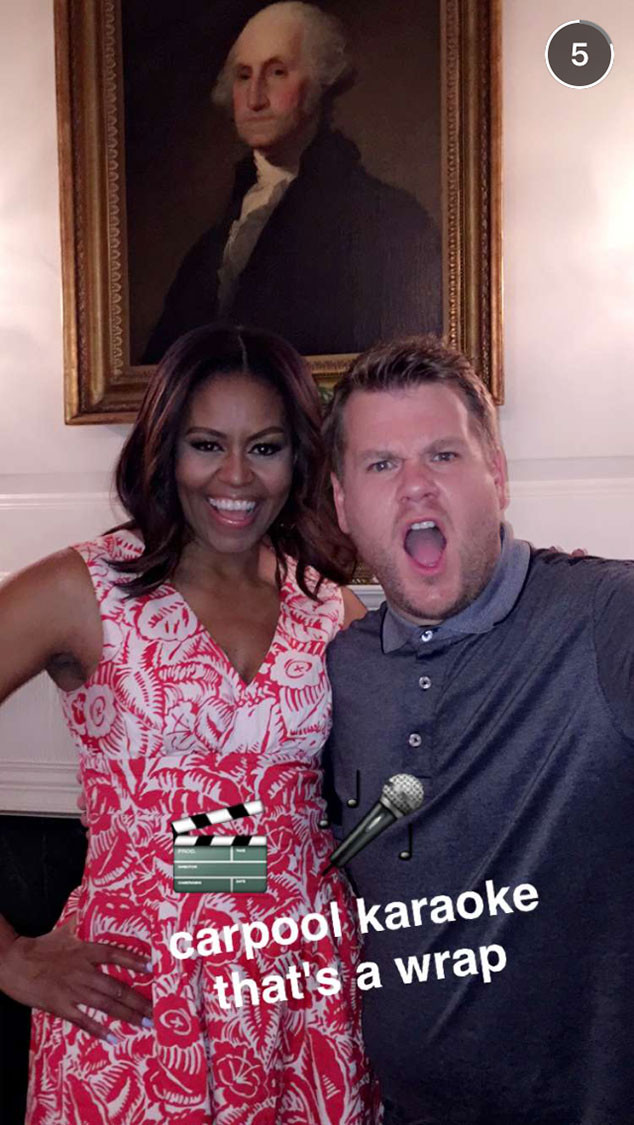 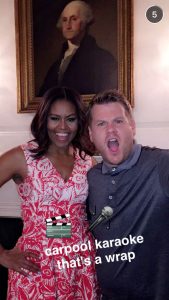 James Corden has had his biggest Carpool Karaoke guest star yet: the First Lady of the United States, Michelle Obama.

Corden travels to the White House for a tour and gets a big “shock” when the First Lady seats herself in his passenger seat and introduces herself as his tour guide.

The pair start to rock out to Stevie Wonder’s Signed, Sealed, Delivered I’m Yours, where Mrs. Obama confesses to being a huge fan of the singer and goes as far as to claim, “I know every Stevie Wonder song in the planet.”

She also stated, “I’ve been in a car a few months ago with my daughter who learned to drive…that’s the only time in seven and a half years that I’ve been in a car in the passenger seat listening to music and rocking out like this.” She continues on that being in the car with Corden was “a treat.”

Apart from slaying Beyonce’s Single Ladies, the duo also rock out to Missy Elliot’s Get Ur Freak On and This Is For My Girls, where the duo becomes a trio with Missy Elliot herself joining the carpool!

But of course, the Carpool Karaoke didn’t just show off another of the First Lady’s many talents. It also confirms just how grounded and inspiring she is. She speaks about her missing the people residing in the White House after 7 and a half years of getting to know them and Let Girls Learn, an initiative that she hopes to help reduce the 62 million girls who are left uneducated around the world.

Don’t forget to check out and support the Let Girls Learn initiative here, implemented by President Obama and the First Lady herself.