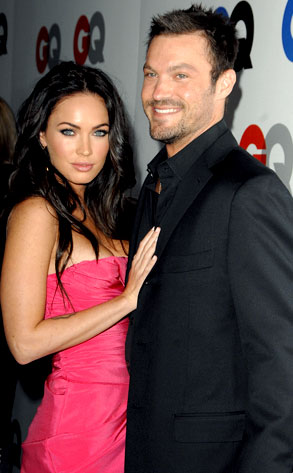 Megan Fox and Brian Austin Green have split after 11 years together, and five years of marriage. They reportedly decided on their break up about six months ago.

The couple have two kids together, 2-year-old Noah and 18-month-old Bodhi.

In February 2009, Fox and Green, 13 years her senior, called off their three-year engagement. “Marriage isn’t a realistic goal for someone who is 23,” the actress said. The time apart seemed to work in their favour. Green re-proposed in June 2010 and just 24 days later they said “I do” at the Four Seasons in Hawaii.