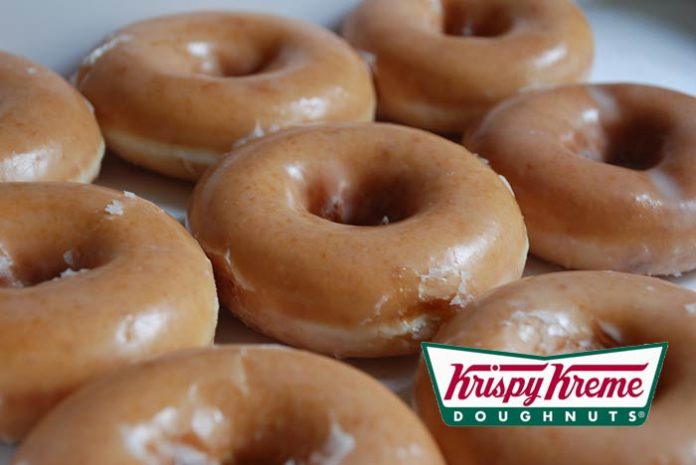 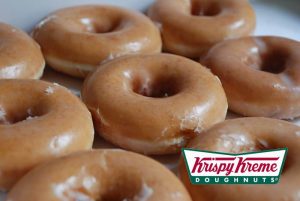 There are currently a lot of upset Matt Corby fans after the Australian singer cancelled his last two Sydney gigs.

The 25-year-old has unfortunately fell ill…but Krispy Kreme to the rescue!

For today only, Krispy Kreme are offering free doughnuts for fans who bought tickets for his Sydney shows.

All you have to do is show a print-out of your ticket (for the April 12 or 13 show) to any of the Sydney stores, until midnight tonight.

“We know Matt Corby has a huge love for doughnuts so can only hope our small gesture for fans will bring some joy to an otherwise grey and rainy Sydney day! We are wishing Matt a huge ‘get well soon’ from the whole team at Krispy Kreme and have also sent him some American Classics to hopefully aid recovery,” CEO of Krispy Kreme Australia, Andrew McGuigan said.

Krispy Kreme has also created a limited-edition 1950s-inspired jukebox in honour of its new ‘American Classics’ range, complete with a built-in Bluetooth speaker.

“To launch the American Classics we’ve been working with songwriters and Spotify to make sure it’s not only the taste buds which are in for a treat…but the ears too. When recovered, we would love Matt to cover one of the original doughnut tunes…who knows, we could have a future hit on our hands!”

Some of the doughnuts to join the new ‘American Classics’ range include The Big Apple Pie, Peanut Butter Jelly Time, Coconut Cream Pie and Campfire S’mores. As you can probably already tell, they are all inspired by some of the best flavour combinations from the US.

Please note: The free doughnuts are only redeemable in NSW Krispy Kreme stores, and does not include 7-Eleven stores. One doughnut will be provided per person, per ticket. The first ten fans to arrive in store will get a free American Classic doughnut of their choice, with all others after receiving an Original Glazed.

Do you think a free doughnut is enough to cheer you up? Let us know by commenting below.