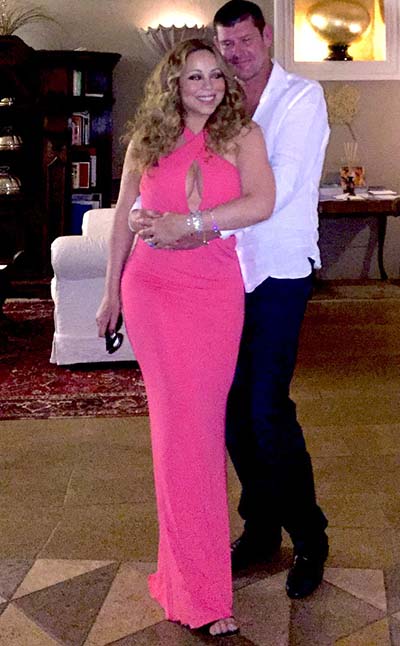 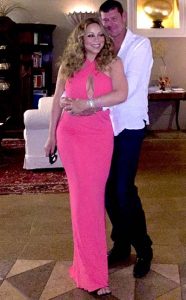 Carrey’s future husband proposed to her with a diamond ring around 35 carats. A wedding date has not yet been set.

Their love affair began just under a year ago and it should come as no surprise when James got down on one knee. An insider has said “they fell head over heels in love with one another. It’s crazy how perfect they are together, they both know it and couldn’t be happier.”

The couple first met in Aspen at a movie premiere and have been friends ever since. Mariah spoke to Steve Harvey in November saying, “We were talking and laughing and people were getting mad at us and stuff like that. So, we hit it off.”

“As soon as their friendship turned romantic, they have wanted to spend every moment together,” said a source. “They have a connection that is unparalleled; it’s been a very beautiful experience for them both. If you spend even five minutes with them, you can’t help but believe in true love.”

Both of them have been married twice so this’ll be the third marriage for the both of them. Mariah is mum to 4-year-old twins, son Moroccan Cannon and daughter Monroe Cannon, with Nick Canon, while James has three children: Indigo Packer, 7, Jackson Packer, 5 and Emmanuelle Packer, 3.