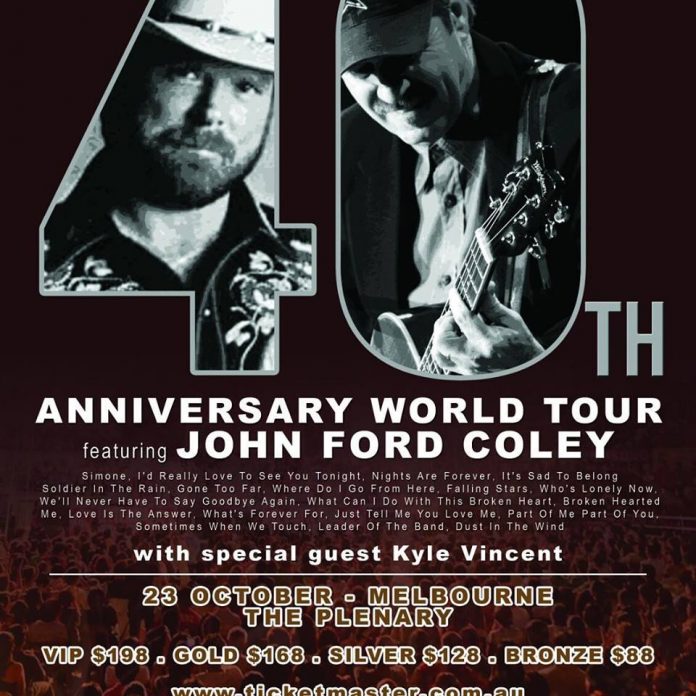 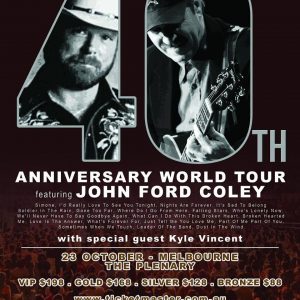 40 years ago, England Dan & John Ford Coley conquered the world when their song I’d Really Love To See You Tonight peaked #1 on the Easy Listening chart, and #2 on the Billboard Hot 100.

Despite having parted ways in the ‘80s and Dan’s death in 2009, Coley has continued their legacy and will be honouring four decades of music with a world tour.

He will be performing at The Plenary in Melbourne as a part of the 40th Anniversary World Tour, featuring special guest Kyle Vincent.

Don’t miss out on this legendary night!