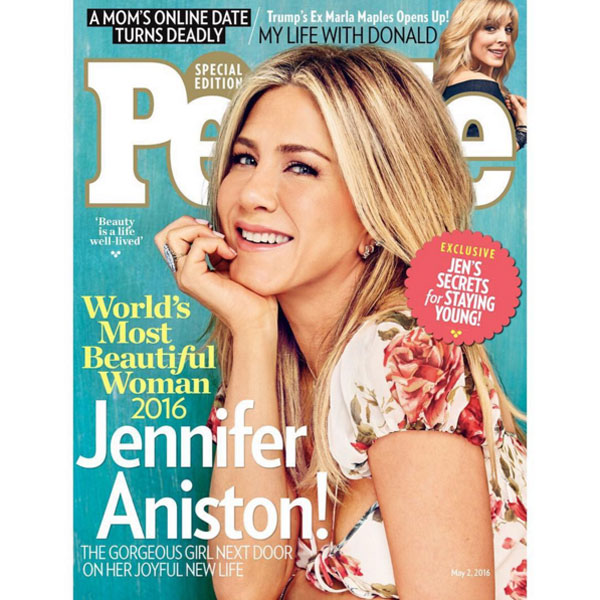 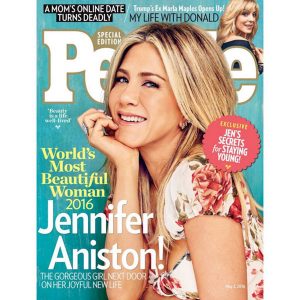 Jennifer Aniston seems to age like a fine wine as she has been announced as the World’s Most Beautiful Woman 2016.

The Friends star landed on the cover of People magazine today to mark the second time the magazine has awarded Aniston the title.

The 47-year-old said she was “very, very flattered.”

Aniston told People that she has become more health conscience when it comes to looking after herself as she’s gotten older.

“It’s funny, it’s a really quick transition from not a care and now all of a sudden, we’ve got to really be mindful of what we put inside our bodies,” she said.

“And how we sleep and take care of ourselves. You can get away with a lot in your 20s.”

Her life pivoting moment came after an agent told her she was “too chubby” for a role.

At that time in her life, she regularly drank milk shakes and ate chips with gravy, not paying attention to her diet.

“Taking on challenges and not feeling shame for things that haven’t gone the way you felt they should have,” she said.

“And not feeling like a failure or allowing people to critique your life and make you feel like you’ve failed at something. That’s just toxic noise.”