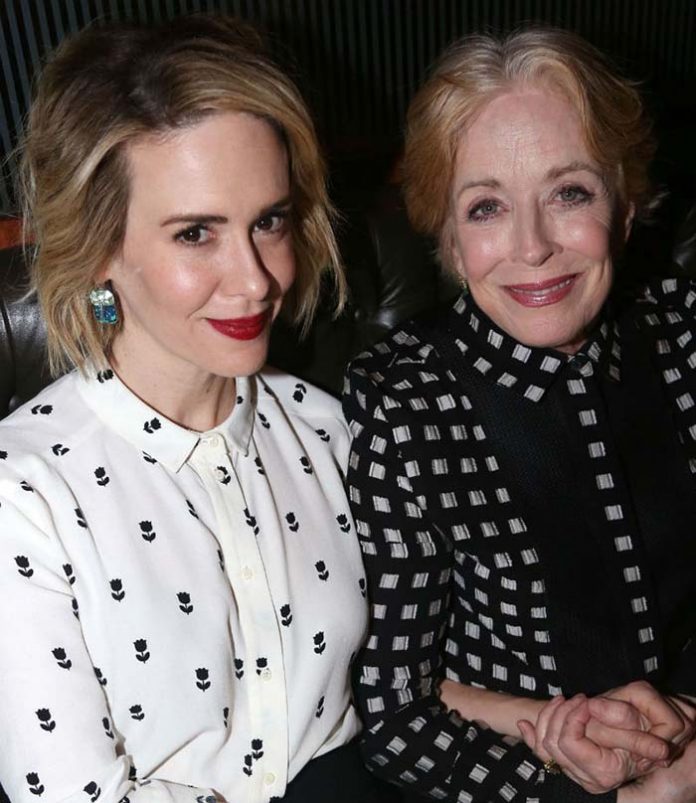 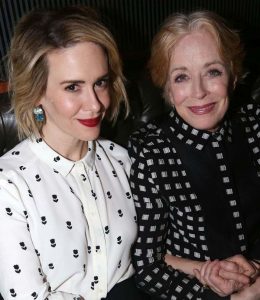 Former Two and A Half Men actress, Holland Taylor has reportedly been dating 40-year-old actress, Sarah Paulson for “a few months.”

The 72-year-old recently spoke about her sexuality for the first time on public radio station WNYC. She had refused to say what her partner’s name was but did mention that there was quite an age gap.

“There’s a very big age difference between us which I’m sure shocks a lot of people, and it startles me.” Holland then jokingly said, “but as they say, if she dies, she dies.”

Taylor isn’t the first older women Paulson has dated. The American Horror Story: Hotel actress dated 59-year-old actress Cherry Jones for five years. The two broke up in 2009. Last month, Paulson told PrideSource that she doesn’t want to be attached to “any kind of label.”

“All I can say is, I’ve done both, and I don’t let either experience define me, I don’t let having been with a man make me think I am heterosexual, or make me want to call myself that, because I know I have been attracted to women…and have lived with women. So, for me, I’m not looking to define myself, and I’m sorry if that is something that is seen as a rejection of or an unwillingness to embrace (my sexuality) in a public way, but it’s simply not. It’s simply what’s true for me, and that’s all I can speak to,” Paulson said.

Paula told ET in November, “It matters not at all what the gender is. And I think that’s a testament to both the evolution of your own mind and also the reality that when you can see it from that vantage point, it’s very clear that love is love.”

So the million dollar question is….can we expect wedding bells in the future?

“I would not do that publicly. My relationship is with a woman, and I have not — given my generation it would not be something that would automatically occur to me. But she’s mentioned it because just from a spiritual point of view, from a heart point of view … as a deed that has a very rich symbolic gesture to it, it has its attraction,” Taylor told WNYC.

Do you think these two are a cute couple? Let us know in the comments below.