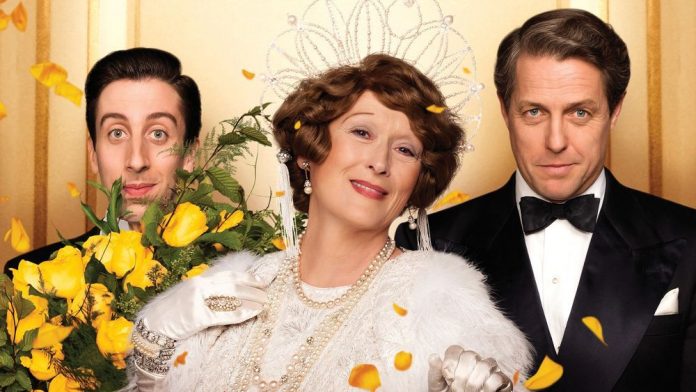 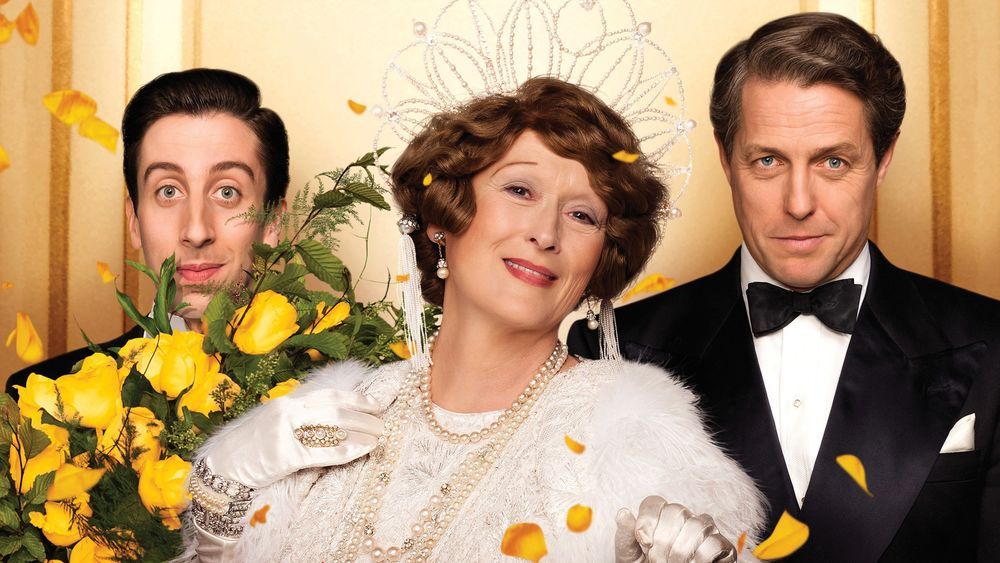 It’s typical for me to go see films which appeal more to the older generations, and there was nothing different about this one.

My presence among cinema goers for Florence Foster Jenkins would have brought down the average of age of the viewers at least five years alone.

Meryl Streep portrayed the last few months of Madam Florence Foster Jenkins’ life, when she discovered her voice and performed opera in front of sellout crowds.

The film was based on the true events of Madam Florence’s life; a lover of music and founder of the New York music club, The Verdi for 25, where she decided she wanted to learn to sing and bring the joy of music to many others. Her devoted husband St Clair Bayfield (played by Hugh Grant) supported her and was blinded by his love for her, unable to realise she could not sing. 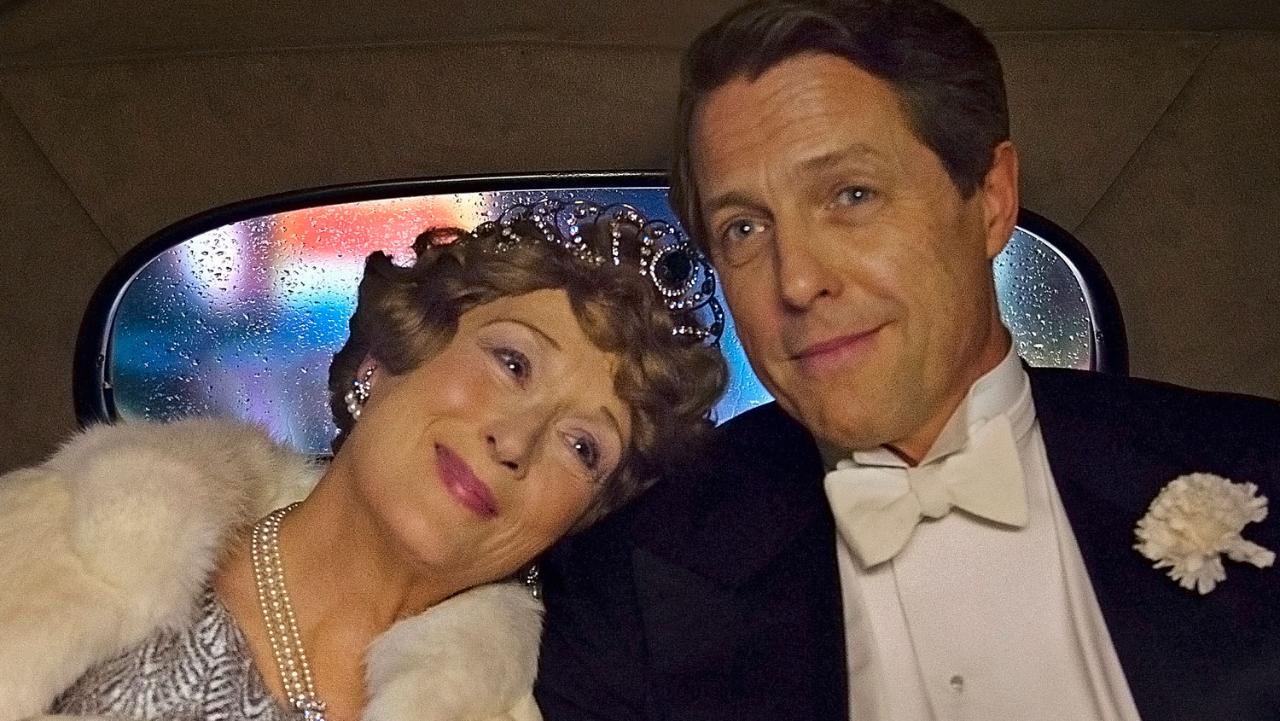 As Madam Florence was left a massive fortune by her father, her vocal coach had no concern towards her modesty and only worried about pocketing the cash she was willing to pay. On top of that, he misled her to believe she was stage material and ready to have the curtains pulled back at her debut performance.

The brave piano player she hired, Cosme McMoon (played by Simon Helberg) piped up to St Clair, at the same time the vocal coach politely declined being a part of her performance – hoping not to tarnish his reputation, and told him the truth.

However, the show must go on and to protect Madam Florence from herself, St Clair strategically structured the audience to be filled with only fans.

Madam Florence, who was 76, exhausted herself on stage and it was revealed she had been suffering from syphilis, a highly contagious sexually transmitted disease, which can cause other serious medical conditions, for nearly 50 years. A doctor ordered her to stay in bed and to not get excited. Although, the manufactured positive reviews in the next day’s papers didn’t help as her self esteem ballooned and when St Clair was away living his double life, she booked and sold out Carnegie Hall, a New York concert hall of 3000.

The honest among those who listened to Madam Florence saw her as a joke – they would laugh at her singing. Her voice sounded worse than a lonely puppy squealing at a high pitch note for attention, but she was blinded by her desire to sing for others and couldn’t decipher her own bad tones.

Meryl Streep pulled off Madam Florence, and she elegantly wore the eccentric outfits and Angel wings Florence was accustomed to wearing.

My guilty pleasure are Hugh Grant films, and I thought this film was going to be different for him. I thought his charming British manor and his sex appeal over women, seen in many of his other movies, would have been curtained by his commitment towards Madam Florence, but no. His character had a split love life. While he was married to Madam Florence, for his own health, to protect him from contracting syphilis, the two had agreed to abstain from sex for over the 25 years they had been together.

So St Clair had a second house he lived in and every night after he’d put Madam Florence to bed, he’d retired to his home where his girlfriend would be waiting for him. He’d spend his days caring and adoring his wife, Madam Florence, and the evenings living like a bachelor with his girlfriend.

The film was very well done and did justice to the life that was Madam Florence Foster Jenkins. While she is commonly remembered as a laughing stock in the singing community with no potential, the film focused on more than that. It reviewed on her passion for music, which is probably why she survived 50 years with syphilis, her love and adoration for her husband, and her respect and gratitude for the soldiers fighting in WWII.

Understandingly, this is not a film for everyone. But it is a biography adapted for the screens done right.

If you want to hear what the original Florence Foster Jenkins sounded like, here is one of her recordings: