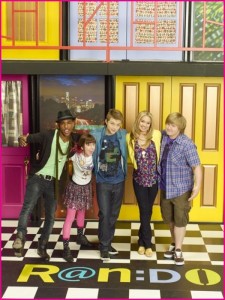 A lot have been spreading the word about the newest Disney Channel Original Series “So Random”. The premiere of the show is April 5th, so be sure to tune in and watch!

The show isn’t new per say, but it is a spin off of the series “Sonny With A Chance,” which starred Disney’s Demi Lovato. Now that Demi isn’t a part of the show they obviously couldn’t keep the name since Demi played the lead character Sonny Munroe. Luckily for Disney there was a show within the show, “So Random,” which worked out great!

Let us know if you will you be tuning in to watch “So Random”
Comment below or email us at raveituptv@gmail.com