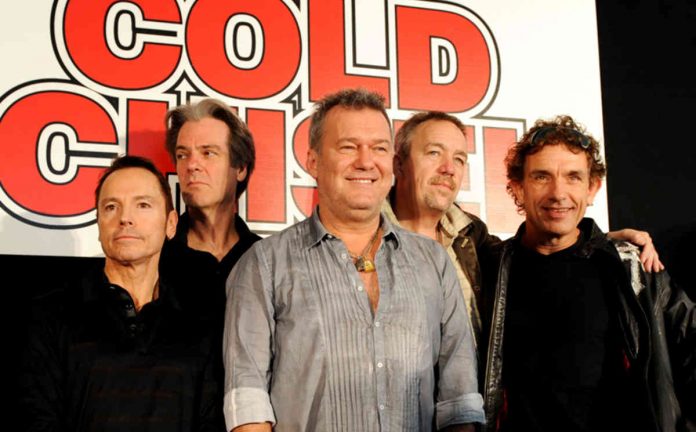 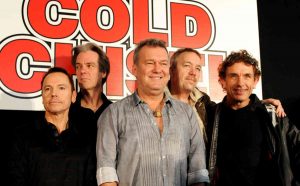 Legendary songwriters and musicians, Cold Chisel have been chosen as the recipients of the 2016 Ted Albert Award for Outstanding Services to Australian Music. They were chosen by the APRA AMCOS Board of Writer and Publisher Directors and will receive the award at the 2016 APRA Music Awards on Tuesday April 5 at Carriageworks in Sydney.

Cold Chisel (Jimmy Barnes, Ian Moss, Don Walker, Phil Small and Steve Prestwich) have become apart of our nation’s essence through their 40 years of dedication and contribution to the Australian music industry. They have sold nearly 7 million albums across genuine Australian classics such as Circus Animals, East and Breakfast at Sweethearts, and some of their songs like Choir Girls, Flame Trees, Khe Sanh, Bow River and Lost continue to be essential hits on radio playlists, karaoke bars, pubs and jukeboxes across the country. Australia’s love of Cold Chisel has never stopped growing and their music remains entrenched in the hearts of Australians throughout every generation.

In 2011, the band sold 300,000 tickets for their Light The Nitro tour. It became the largest tour held by an Australian-based band. Their 2015 tour, One Night Stand become the first Australian artist to headline the iconic Hanging Rock and sell out to an audience of 18,000. As this was all happening, the band’s 2012 album No Plans received five ARIA nominations and was certified gold, while their 2015 album The Perfect Crime held the #1 spot on the ARIA Australian Artists Album chart and is on the brink of becoming platinum. It is also highly regarded by critics, hailing it the best of Cold Chisel’s career.

Performers for the event include Guy Sebastian , Urthboy with Kira Puru and Bertie Blackman, D.I.G with Ngaiire, Gang of Youths and Montaigne, San Cisco, The Delta Riggs and The Living End. APRA AMCOS is also pleased to announce that the global smash hit Uptown Funk by Mark Ronson and Bruno Mars has taken out the award for International Work of the Year, beating out Taylor Swift, OMI and Maroon 5. The song has received over one billion views on YouTube and peaked #1 in over 30 charts across the globe. Not to mention, it’s one of my favourite songs to jam to. Congrats guys!

Also, in conjunction with digital roadies Hostworks, Moshcam will be giving fans front row seats at the 2016 APRA Music Awards via moshcam.com. The best scenes and highlight’s from this year’s ceremony and performances will be aired on their website on Wednesday April 6 from 4:00pm AEDST. Make sure to head over to Moshcam’s Facebook page if you want to be one of the first to know when the footage becomes available. Join the conversation on Tuesday, April 5 for the 2016 APRA Music Awards by using the tag @APRAAMCOS and #APRAs on Twitter and Instagram. Mark this date on your calendar guys. It’ll be a night of good music and great fun.

We’d love to know if you are planning to go along. Let us know by commenting below.