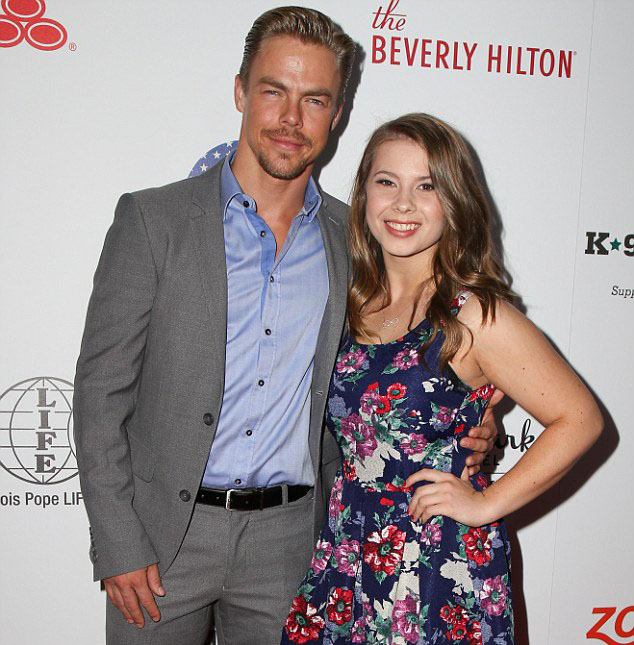 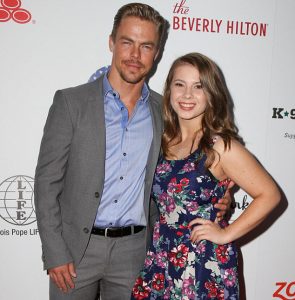 Bindi Irwin and Derek Hough have taken a victory trip to Australia after winning the US version of Dancing With The Stars.

The two took home the mirror ball trophy as the winners of DWTS’ 21st season. Derek came down under for rest and relaxation. He was greeted by a Koala that Bindi named after him.

17-year-old Bindi Irwin said to Derek as he cradled the baby Koala, “This is your namesake!”

The 30-year-old DWTS pro told ET, “It’s one of the coolest things that’s ever happened. To have an animal named after you is amazing.”

Derek met the Koala and many other animals at the Australian Zoo in Queensland, Australia which Bindi’s grandparents – Bob and Lyn Irwin – had founded in 1970. The Zoo is now owned by Bindi’s mum, Terri Irwin.

Bindi’s victory on DWTS has boosted her popularity, and she has been given many more offers and opportunities. This could give the teenager more screen time, but she won’t be forgetting what her roots are.

“We have a few projects all over the place on the horizon, so I’m excited about that and we’ll see where life takes me…But for me, my heart will always lie in conservation and wildlife work. As long as I’m doing that, I’ll be happy,” Bindi said.