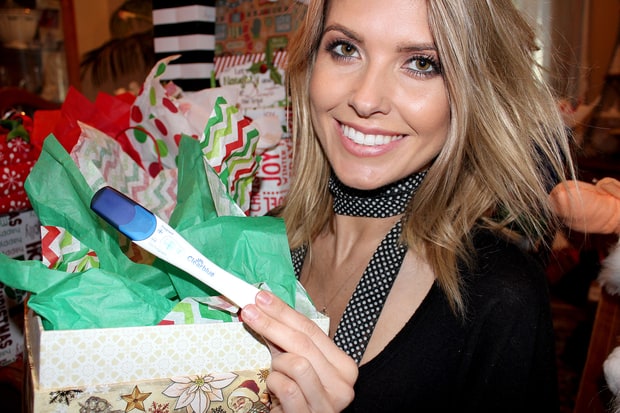 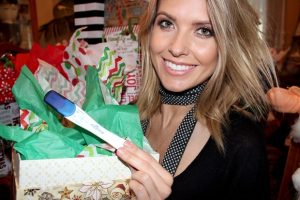 The Hills star Audrina Patridge has confirmed with US Weekly that she is expecting her first child with fiancé, Corey Bohan.

The 30-year-old actress spread the news on Instagram with a photo of herself holding her Clearblue pregnancy test. She captioned, “I finally figured out what to get Corey for Christmas! #babyontheway #ClearblueConfirmed #ad (blog post with all the details will be up today!) xoxo.”

Patridge, who rose to fame on MTV’s The Hills, reportedly took the test at her parents’ house in L.A and told her fiancé first.

“I asked him to have a look at the test and make sure I wasn’t seeing things…You never really expect it to say ‘Pregnant.’ He had a big smirk on his face and was really happy about it. I feel at this point in my life I am ready to be a mama!”

The pair had an on-and-off relationship for seven years. Bohan proposed to Patridge over a romantic dinner at the Summit House in Orange County, California.

Partridge has said that she’ll be sharing her adventures and pregnancy updates on her blog, The Inside Out.

“So far, my bra has just gone up a size,” she told US Weekly.

“I still work out and go about my normal routine. I just get tired easily.”

Are you happy to see Audrina pregnant? Let us know by commenting below.